With rain forecasted at lunch time, the morning’s dry qualifying session was a fiercely fought affair, as drivers became even more eager than usual to occupy a position towards the front of the grid. After an intense 20 minutes, it was Dan Thackeray who took pole just 0.253 seconds ahead of 2020 Milltek Civic Cup runner-up Camp followed by rising star George-Alp Williams.

As predicted, the weather closed in just before the start of the race on a circuit that’s twists, turns, narrow sections and changes in topography make it one of the most challenging in the country in the dry, let along when it’s wet. Add a 26-strong field of controlled-specification Hondas, the tension built at drivers embarked on the two green flag laps before lining up on the grid.

When the lights went out, pole-sitter Thackeray lost traction and had a treacherous run through the standing water to the left-hander at Coppice. Camp however, took full advantage and led before the opening corner, with Jamie Tonks slotting into second.

Now in third place, Thackeray’s opening lap would get no better as he was edged onto the grass approaching the narrow mountain section. The biggest winner on the first lap was rookie-driver Phillip Wright, who had temporarily held second but saw it fall away on lap two as he ran wide at the final corner, brushing the barrier before recovering in fourth, behind second place George Alp-Williams and now third-placed Tonks.

An Area Motorsport 1-2-3 had quickly formed as Alp-Williams was the first driver to set a lap under two minutes, closing on the resilient Camp. It sadly didn’t last though, as the Mountain section took its toll once again and caught the teenager out on the fifth lap, seeing him slide into the barrier. Elsewhere, others were having issues with the unpredictable levels of grip and when Jon Peerless left the track at the top of the circuit, the Red Flag made its inevitable appearance.

With the advantage of a clear track, the premature conclusion meant that Camp took a calm and somewhat collected victory to give him the full 25 points and an early advantage ahead of his anticipated rivals; Alp-Williams and Thackeray, who failed to finish in the top ten.

Instead, it was Jamie Tonks and Phillip Wright who completed the podium, the latter after a spectacular recovery that saw him not only jump five places from his grid position, but do so despite an off-track excursion.

While the rain had not let up throughout the race, most drivers started to find their groove just before the red flag emerged with six minutes remaining on the clock. After only completing one lap in qualifying, Matt Luff did well to get up to speed in the conditions and was rewarded with an impressive fourth place.

After spending the early part of the race fighting with Ryan Bensley and Ryan Dalzell, championship veteran David Buky finished fifth a further 32 seconds behind – the difference underlining the advantage gained by running at the front of the field.

Experienced racer Beckett took the lead of the Production Class at the end of the opening lap. Knowing he could make progress in the conditions, he went on to put a number of Cup Class runners between himself and Alfie Threlfall and in doing so, crossed the line an impressive seventh overall.

With the weather worsening as the day went on, following a track inspection organisers deemed conditions too dangerous for the second race. Consequently, plans are being put in place to hold round two later in the year.

The next outing for the Milltek Sport Civic Cup will be at Brands Hatch over the weekend of the 19th and 20th June, the triple-header Time Attack administered meeting hosting rounds three, four and five for what was clearly defined at Cadwell Park as an intriguing season ahead.

In all cases, cars must be fitted with Honda’s 2-litre K-Series engine and retain many of the standard OE components. Only controlled performance parts may be fitted. Consequently, costs are kept to a minimum and competition remains close throughout the season. 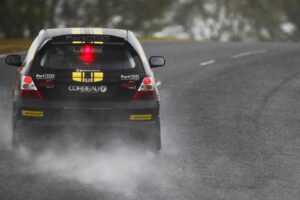 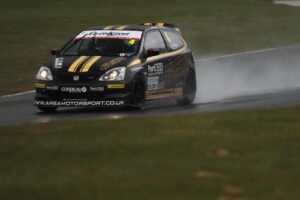 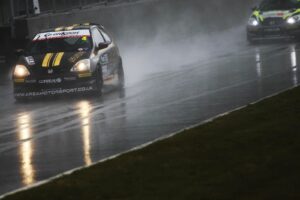 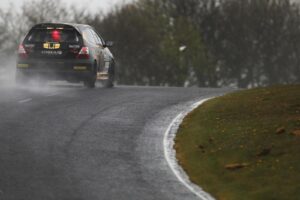 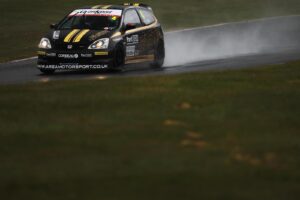 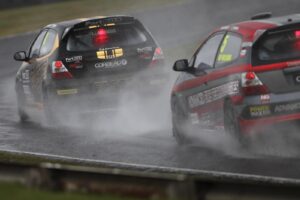 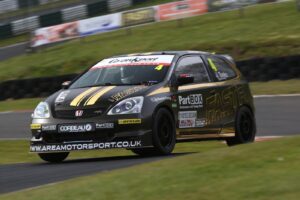 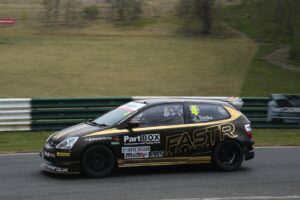 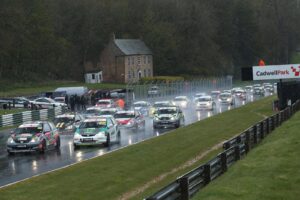 There's no need to wait! Get FREE UK NEXT WORKING DAY DELIVERY on all orders of £75 or more at Part-Box. Dismiss